The area of the Yorkshire Dales is run by Jonathan Greenwood, the Founder of Group Hug.

The expansion moved into Beverley in East Yorkshire, then Bedale,  Richmond and now we have just moved into Harrogate.

If you would like to head up a Parter Team, please contact us at support at group hug app dot org.

When I initially became aware of Group Hug, it was in its absolute infancy. The idea had been hatched and the direction was now being thrashed out.
I knew from these early days speaking with Jonathan- Group Hug was going to fly. Mental Health is a hot topic and the Group Hug App was going to help so many people in need at the touch of a button.
Fast forward a few very busy months (with Covid-19 playing a part) and fundraising became priority to get the app off the ground and live. A Group Hug card was designed, made and distribution began in earnest in the Yorkshire Dales.
I took a few batches of cards to see how they might be received in Beverley and the East Yorkshire area and the response has been nothing short of amazing! I asked a few local businesses to display them in their shops and without exception they have risen to the challenge and done this with gusto. Despite people’s own stresses and worries throughout this year they have still dug deep to support this cause.
Mental health awareness has risen recently in all groups in society due to Covid-19 and I think this has made Group Hug even more relevant. Some of the people who I’ve spoken to when distributing cards have opened up and chatted honestly about their experiences with Mental Health- it being an issue close and relevant to so many.
What the coming year will bring worldwide, we don’t know, but I do know the people of Beverley and East Yorkshire have been absolutely amazing and they will continue to support Group Hug and it will absolutely continue to grow…

As a family, we set out to replace day to day plastic and environmentally damaging products. We discovered smarter options, reusable durable items, beautifully natural products that we wanted to share with you.
There is no perfect solution but we can all make choices and small changes that are kinder and better for this truly wonderful world we live in.
I came across 'Group Hug App' by chance and immediately wanted to help. After a lengthy chat to Jonathan whose passion about the enterprise was inspiring. I knew SEW So Eco needed to get onboard and try and help spread the group hug.

In 2020, I sent out a few Group Hug ‘Send a Hug’ cards to people who were isolated and living alone. One lady aged 92 wrote saying she had read the card carefully and enclosed a donation for the Group Hug project.

Contact was made with Jonathan who explained his vision for Group Hug. He wanted to roll out the scheme in Richmond, so I immediately offered to help.

Mental health awareness is especially important during the imposed isolation of lockdown, however the problems existed before and will remain long afterwards. I have seen how it effects people first hand and experienced it myself.

I took a few boxes of cards around Richmond. Despite the difficulties for everyone, some small businesses were interested and immediately supported the project.

Hopefully many more will come on board when they are able to open their doors.

Our grateful thanks go to those who have enthusiastically joined so far. 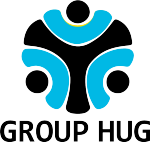 This is an necessary category.

Other uncategorized cookies are those that are being analyzed and have not been classified into a category as yet.